Here’s a page that has a useful ending. Payzip is software that helps people who manage clubs. 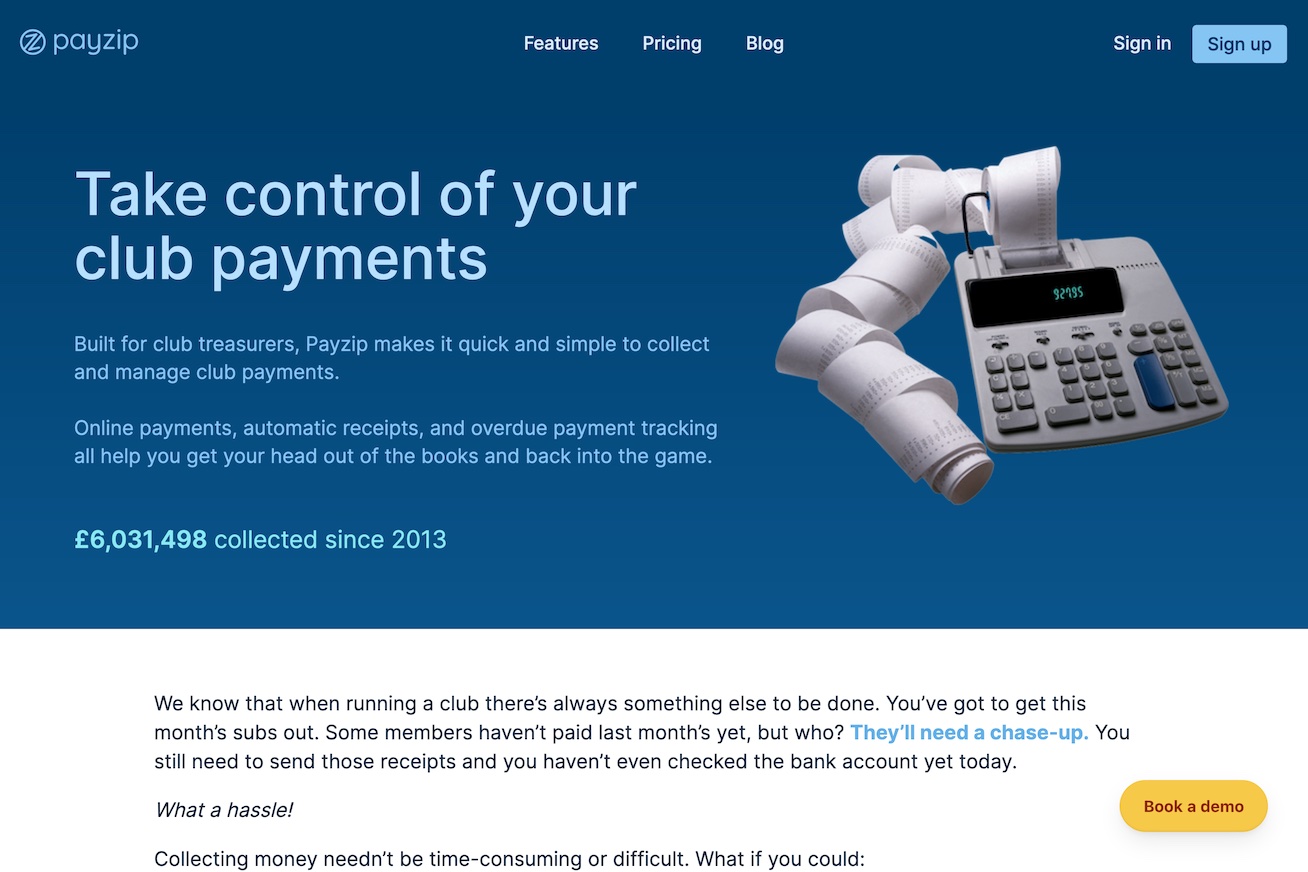 Running a social club produces struggles around managing memberships: sending invoices for renewals, making payments easy, making that whole process smooth. From head-aches to no-brainer. That’s the progress treasurers and membership secretaries are sometimes looking to make, and Payzip helps with that.

You’d think that their home page would end with one more invitation to sign up. No. 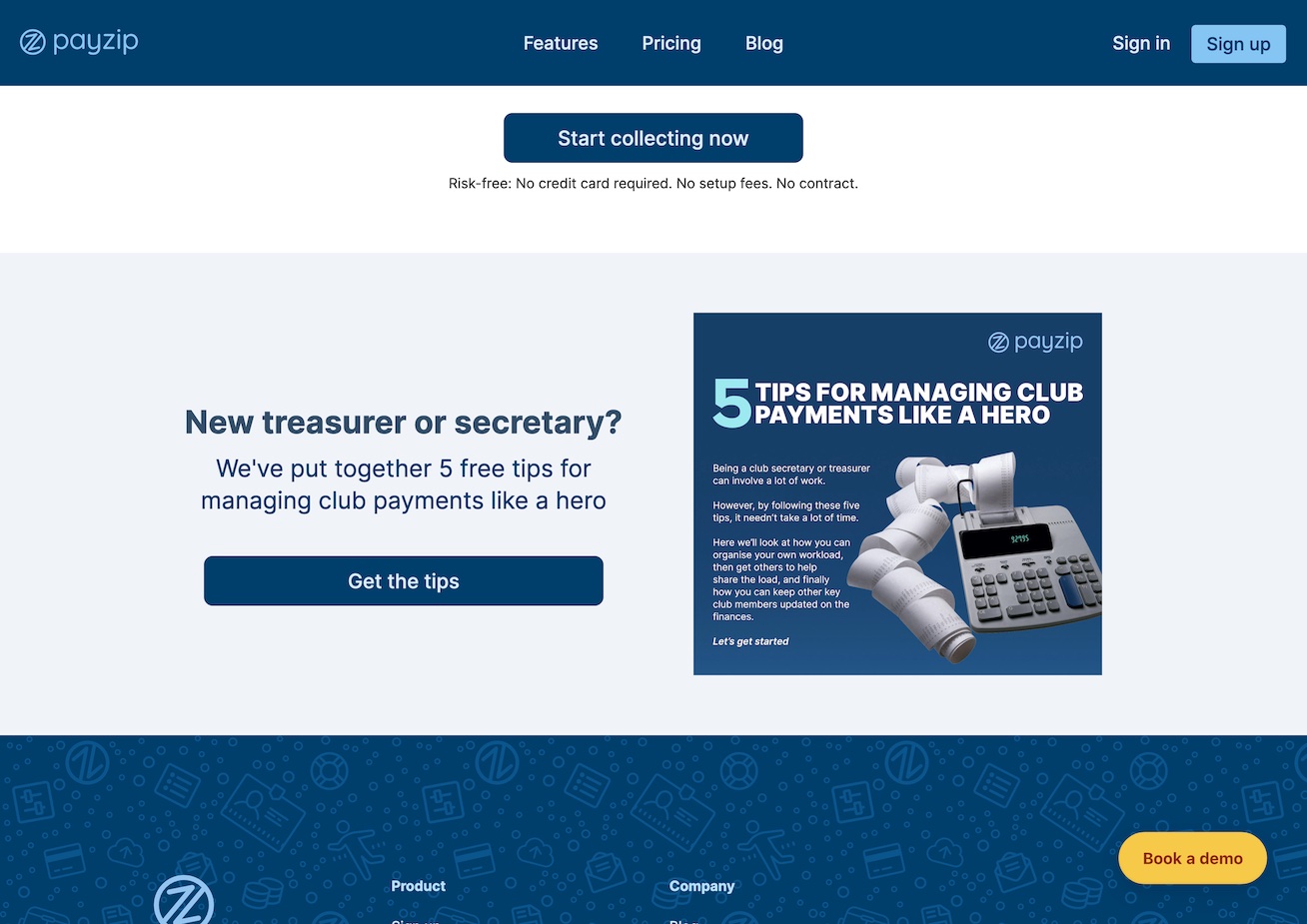 They’re helping people who scrolled down, but probably won’t buy it. Helping how? Helping them make progress anyway.

Scrolled All the Way Down, About to Leave Anyway

This thing is neat. I want to get moving, but this is too much for now.

They’re Ready for Progress, but Not This, Not Now

They’re ready to get moving on solving their problem, they’re just not ready to make the big leap to Payzip.

They’re sold on doing something. They’re not yet sold on buying this. Not this, not now.

If people visiting your site are tempted to figure out something on their own before buying, it’s in your interest to help them do that. It’s the progress they want to make. Most products are in that boat anyway: we’re all in competition with non-consumption more than we are with competing products. So they’ll figure something out themselves (with your help), and then they might hit a wall. Then they’ll be back. Because you’ll have helped them along the way.

More articles on creating a landing page that works: